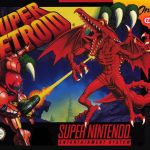 The Super Nintendo Entertainment System (SNES) or more commonly known as Super Nintendo was an absolute blast in the mid 2000s. The vast number of games supported in the Super Nintendo console was quite amazing. We were first introduced to many well-known game series, like the Zelda series, first in SNES. Out of many amazing […]