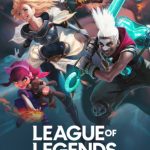 League of Legends (LOL) is an extremely popular MOBA game that is developed by Riot Games for PC. It was released in 2009 and became the most popular game in 2012. Still millions of players play it across the world. With that said, League of Legends also has its fair share of problems. The most-reported […]