You are here: Home / Windows / How To Unblock Chrome Extensions – Ultimate Guide

Extensions are a great way to enhance the experience of using a browser. They provide certain functionalities that help the users be more productive with their browsers. Google Chrome, the most used browser in the world, has its web store of various extensions and add-ons. 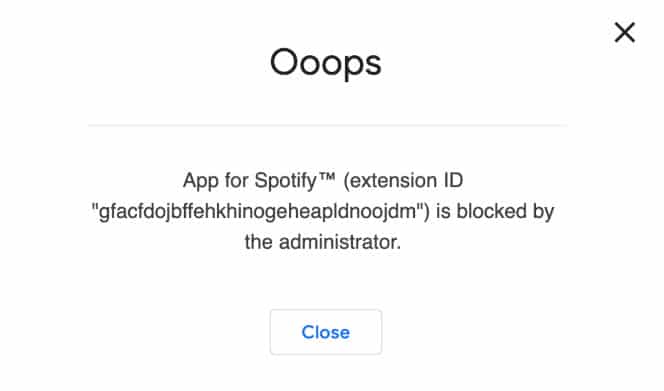 In this article we have discussed how to unblock Chrome extensions and also why it may be getting blocked.

You may also like to read this article on what to do when Google Chrome won’t open.

Why Are Chrome Extensions Blocked By Administrator?

If you can’t add extensions to Chrome on your school’s computer or your work computer, then most likely the administrator is configured to block the download of extensions. This is a safety measure taken to not let malicious extensions corrupts the files in the work computer.

However, if you are completely certain that the extension isn’t malicious and really want to install it, then there are ways you can whitelist these extensions. But to do it you need to have access as an administrator or in other words be signed in the administrator account.

How To Unblock Chrome Extensions?

After you have signed in as an administrator, follow the methods given below carefully to unblock the extension.

So, if the address of the extension is this –  https://chrome.google.com/webstore/detail/dark-mode/dmghijelimhndkbmpgbldicpogfkceaj

Then, dmghijelimhndkbmpgbldicpogfkceaj is the ID of the extension. The ID is always 32 characters long and located at the end of the URL. 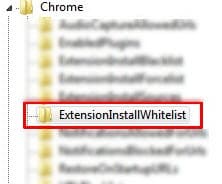 After the computer restarts, you will be able to install the extension without the administrator blocking it.

Unblock Every Extension In Chrome

Using the above method, you can unblock specific extensions that you want to use and install them. However, if you want the administrator to stop blocking extensions completely, then follow the steps given below:

Now, you will be able to install any extension you like from the Chrome Web store without the administrator blocking it.

What To Do When Google Chrome Plugin Is Blocked?

Another issue in Chrome is the flash plugin getting blocked by default on websites. If you open any website with flash support, like this one, then a small icon will appear on the address bar at the upper right corner of the screen.

To allow flash plugin these pages, follow the steps given below:

This time the flash won’t be blocked by default, but rather you will be asked if you want to allow it or block it.