You are here: Home / Tech / What Is SDI And SDI Camera? – Complete Guide

SDI is a broadcasting coaxial cable that is used to connect televisions, cameras, and other video sources to encoders, switchers, and other production systems.

Here I’ll guide you everything on SDI, SDI camera and discuss the differences between SDI and HDMI. 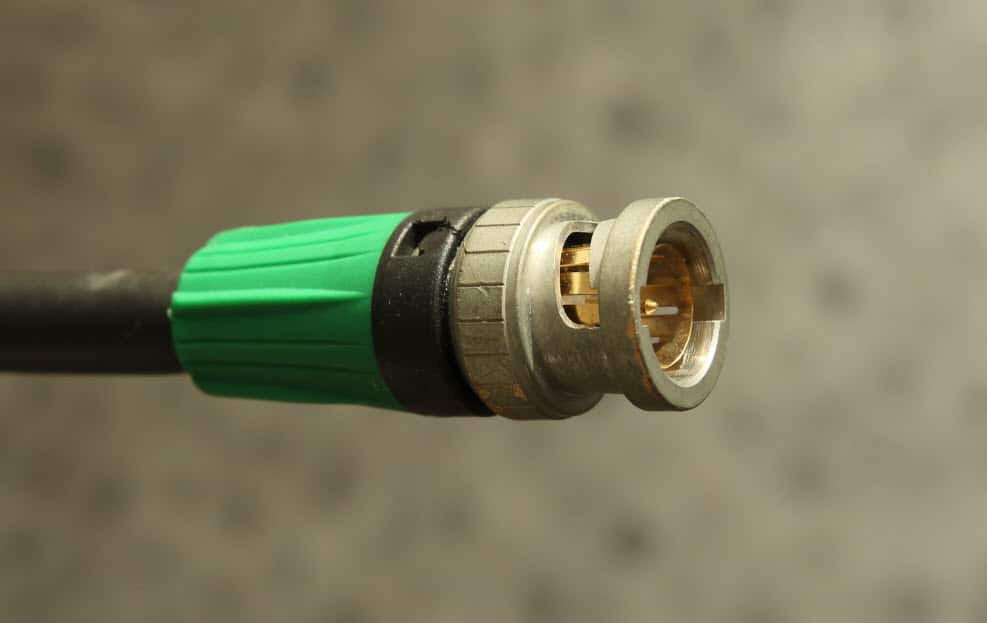 History Of SDI In Brief

Since the 1990s, SDI has been used to stream on television. For transmission, a coaxial cable is employed, with one end of the cable attached to another end.

The speed of audio and video transmission over the cable is 270 megabits/sec up to 12 gigabits/sec for the latest ideal released in 2015.

SDI is one of the professional video transmission method and is chosen over the others because of its durability, reliability and its range (up to 300 ft.).

What Is SDI Camera?

A camera with SDI video output is known as an SDI camera.

An SDI cable can be connected to video equipment, such as a recorder, a production system, or a streaming encoder, using a locking connector.

An SDI cable connection can be used to output video from SDI cameras.

In the early 90s, people used SDI cameras for streaming video by connecting the streaming device with the recorders.

This camera can easily toggle between recording and broadcasting the live shows.

Many shows employ multiple SDI cameras to switch between recording and broadcasting, and deliver the best video from different angles and frames.

To capture the finest possible production, the cameraman can switch between numerous SDI feeds and add additional views and perspectives.

This camera can also be used in CCTV video solutions for surveillance and monitoring applications, making them a potential option for Wi-Fi or IP cameras.

This can be pricey and difficult to set up. SDI cameras are also commonly utilized to replace old analog camera systems that have been installed with coax wire.

Various Types Of SDI Cables And There Output Formats

There are various types of SDI cables available in the market. Those are as follows:

Now, there are two types of SDI cables Plenum and Non plenum.

Plenum cables are used in ceilings and walls for long-distance, permanent installations.

It is also fire resistant, making it ideal for complying with safety rules.

Non-plenum cables are substantially less expensive and do not withstand fire. When the wires get burnt, they release harmful gases as well.

Differences Between SDI And HDMI

The main distinction between HDMI and SDI is that SDI transmits raw data, whereas HDMI transmits Image data.

By using HDMI, you’re transferring the image data as it’s formed within the camera.

For long distance SDI is the main source of supply because in HDMI cable needs extension support after 50 feet.

Pros And Cons Of SDI Cable

So here is everything about SDI cable. If you still have queries regarding this issue, ask us in the comments section provided below.

Stay connected and feels free to share with your friends and family.

A creative mind who believes in simple living. Focused to take up new challenges with dedication. Loves to read and explore new places.