You are here: Home / Gadgets / Xbox One Live Lagging But Internet Is Fine – Easy Fixes

Xbox live gaming takes the gaming experience on the console to another level. The ability to play multiplayer games with your friends on Xbox One can sure be a lot of fun. Other than that the Xbox live community allows the user to share their ideas and remarks on the games with others.

Xbox One live requires a fast and stable internet connection to work correctly. However, many users have found their Xbox One Live lagging but internet is fine. If you are a victim of such an issue, then don’t worry as in this article I have discussed what to do when Xbox One Live is lagging. 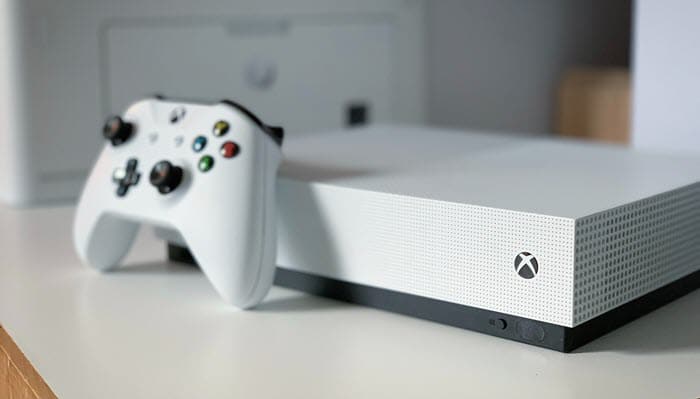 Why Is Xbox Live Laggy?

Xbox One can be lagging due to various issues. It may always not caused by slow internet, however, bad internet connectivity is the most common cause. Here I have discussed some potential causes of the Xbox One lag:

What To Do When Xbox One Live Is Lagging But Internet Is Fine?

Now that you know the potential reasons your Xbox live is laggy, it is time to troubleshoot it. Here I have provided the troubleshooting procedure that you can follow to diagnose and fix this issue.

Before you proceed with troubleshooting, first check if the Xbox Live servers are running correctly. If the issue is with the servers, then there is nothing you can do other than wait. To check the servers, visit the Xbox status page (here).

If the Xbox servers are working, then check if your Xbox One internet connection is slow. To check that you will have to run an internet speed test on the Xbox console. To do it, follow the steps given below:

Also, check the overall bandwidth and speed of your internet connection by visiting any of the following sites and running the tests:

Note both the speed test results. The first test shows the internet connection speed that your Xbox is receiving, and the second speed test result shows the actual bandwidth and speed of your internet connection. If the first one is unnaturally low than the second one, then something is interfering with the connection to the Xbox. If both are low, then you will have to contact your internet service providers and inform them about the issue.

Now, to understand what internet speed is low or the required internet speed for using Xbox live, compare the data acquired above with the following:

The first troubleshooting method you can try is refreshing the internet connection by switching to offline and online. It’s an old tactic that still solves most minor network issues. To switch to offline and back to online modes in Xbox One consoles, follow the steps given below:

After the connection is refreshed, check if still Xbox live is slow.

Solution 2: Power Cycle Your Modem Or Reset Your Router

If you are facing connectivity issues, then it may be the router or modem’s fault. Power cycling or resetting it should fix this issue. To power cycle the modem, follow the steps given below:

To reset the router, follow the steps given below:

If the router or modem is correctly working, then the Xbox One receiver may be at fault. Try power cycling the Xbox and see whether it fixes the Xbox live laggy issue. To power cycle the Xbox One, follow the steps given below:

This should resolve the Xbox One Live lagging issue.

Solution 4: Remove Anything That Interferes With The Wi-Fi Signal

If your Xbox One internet connection is slow, then it can be due to the Wireless signal being interfered with. If any wireless devices are placed near the router, move them away. Nearby wireless devices can cause Electromagnetic interference.

Devices such as the following mentioned can interfere with the wireless signal:

Also, some users have reported that placing the external hard drive on top of the console or placing it in the path to the router can lead to interference. If you are also using an external hard drive, try moving it around and see if Xbox One Live is lagging.

Solution 5: Connect Xbox One Directly To The Modem

Play any of the games on your console that was lagging previously and see whether there is any improvement.

Solution 6: Disconnect Any Other Devices From The Wi-Fi Connection

Solution 7: Check If Any Download Is Running In The Background

Check whether any download or maybe any update is currently in progress in the background. This will again eat up the bandwidth, which means that the game you are trying to play on Xbox Live will lag.

Solution 8: Take The Console To A Service Center

If none of the above solutions work, take it to a service center and let them have a look at the issue. Hardware issues can also affect the connectivity and make the Xbox Live slow.

So, there you have it. Now you know what to do when Xbox One live lagging but internet is fine. The above solutions should help you diagnose and troubleshoot this issue. If you have any questions regarding this topic, ask them in the comment section below.